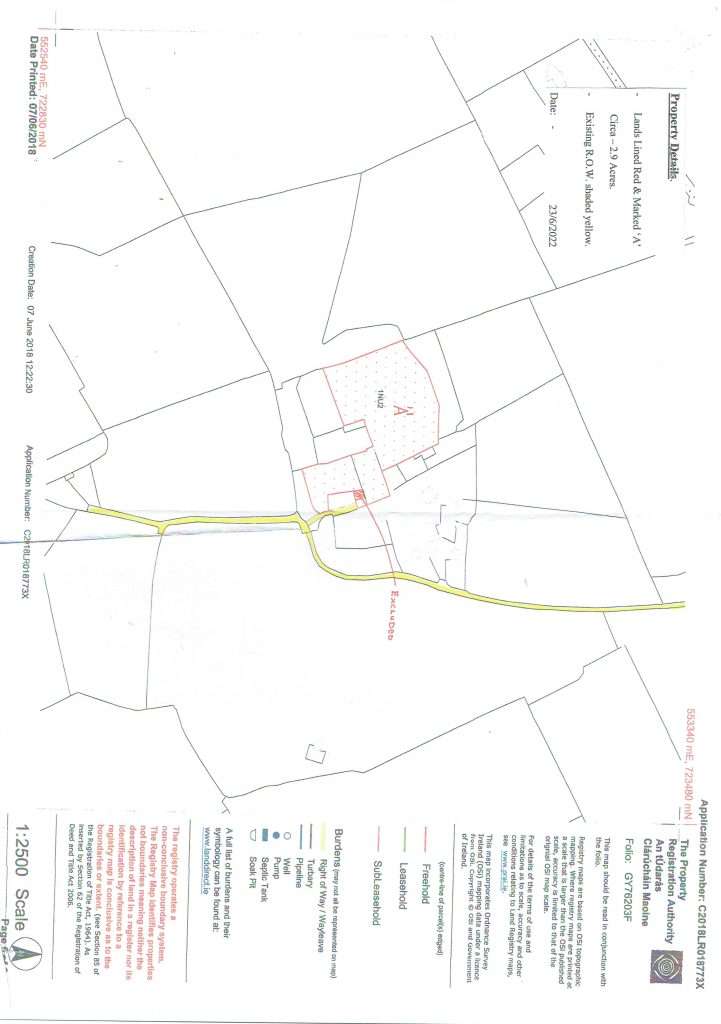 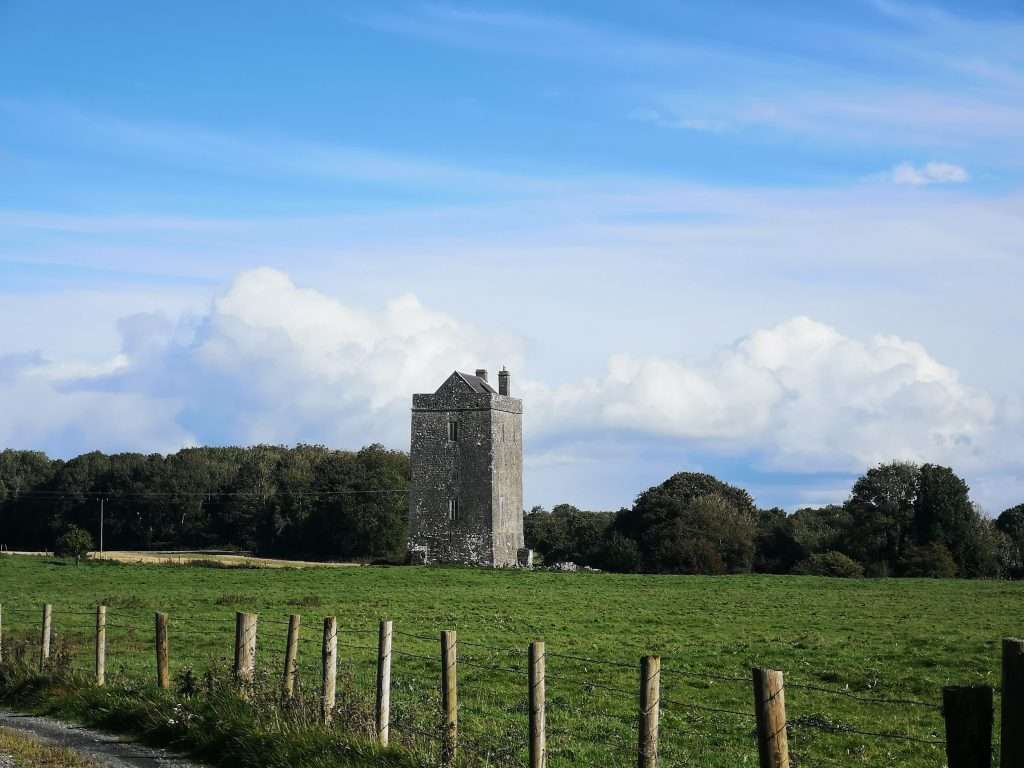 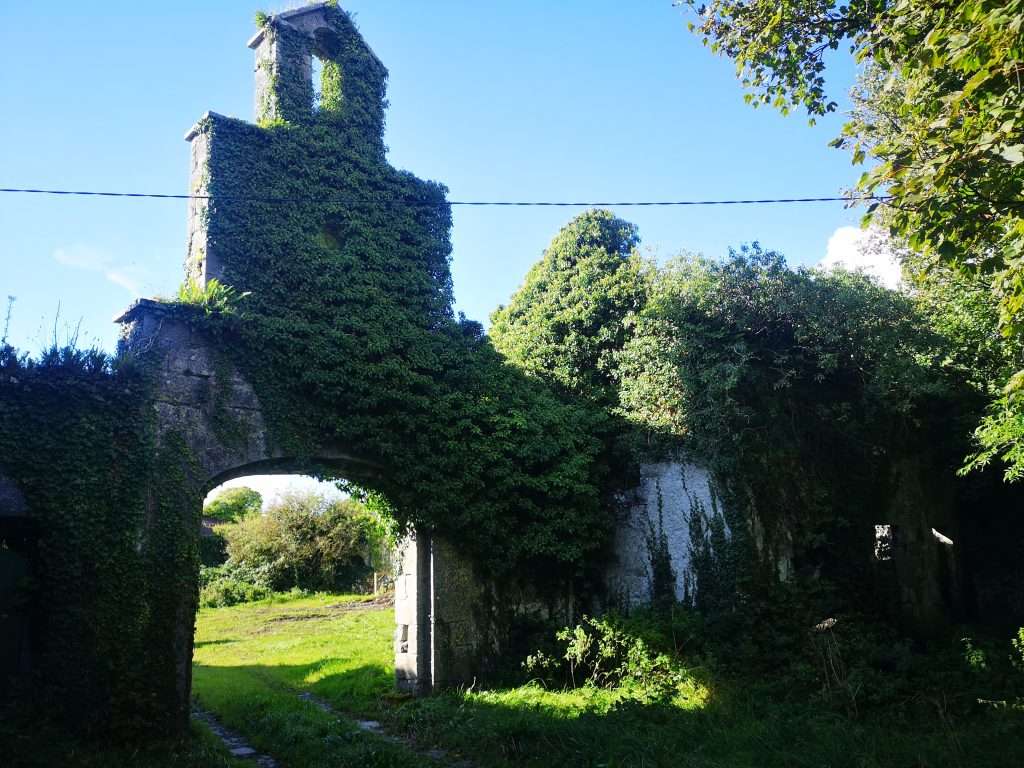 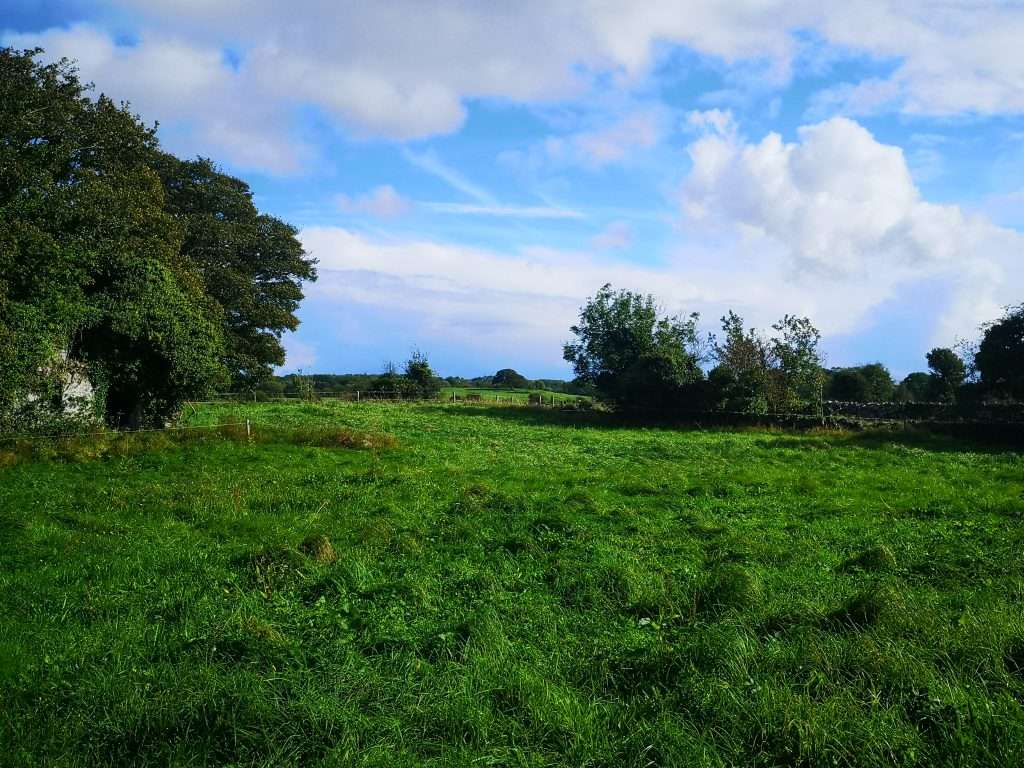 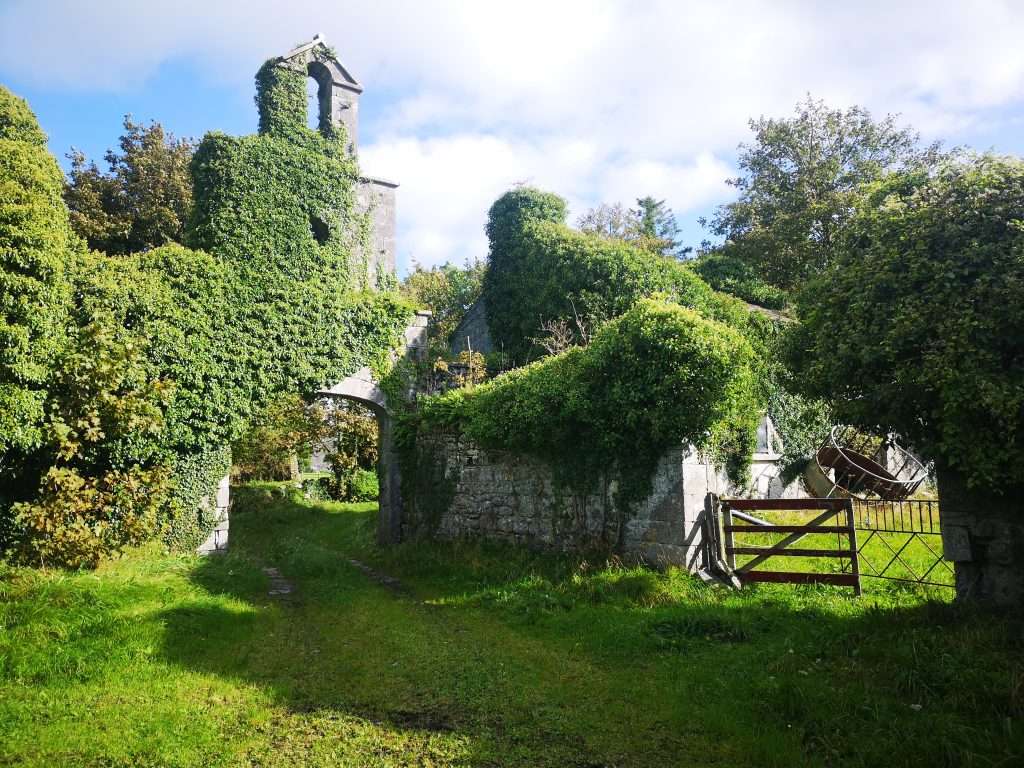 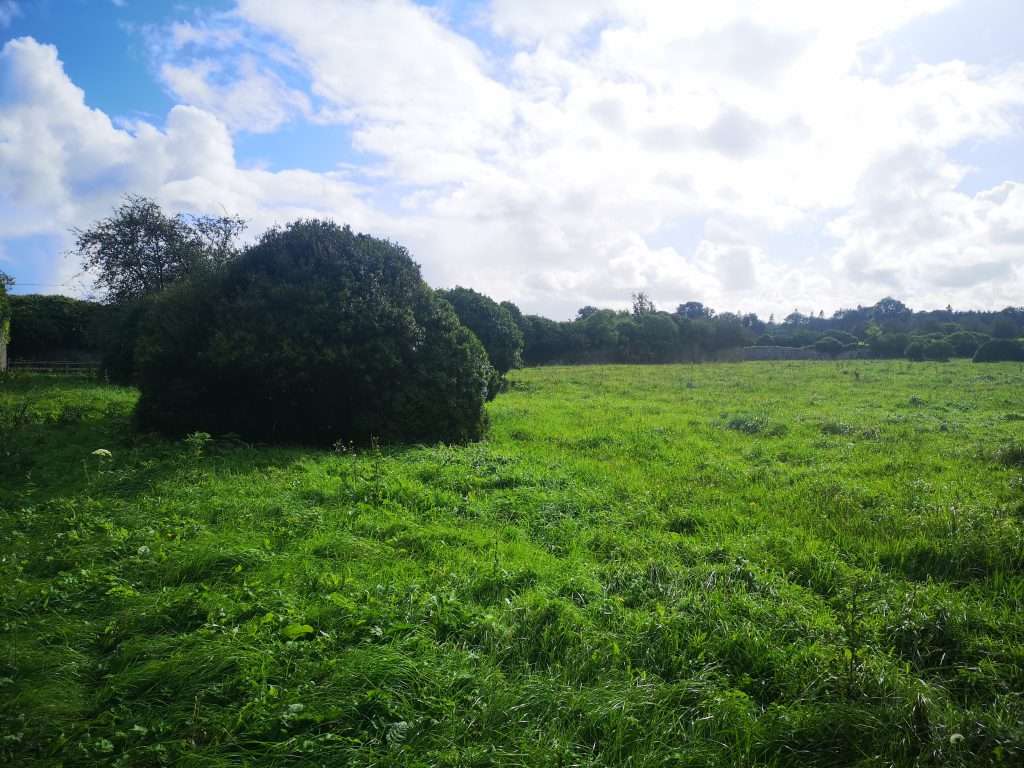 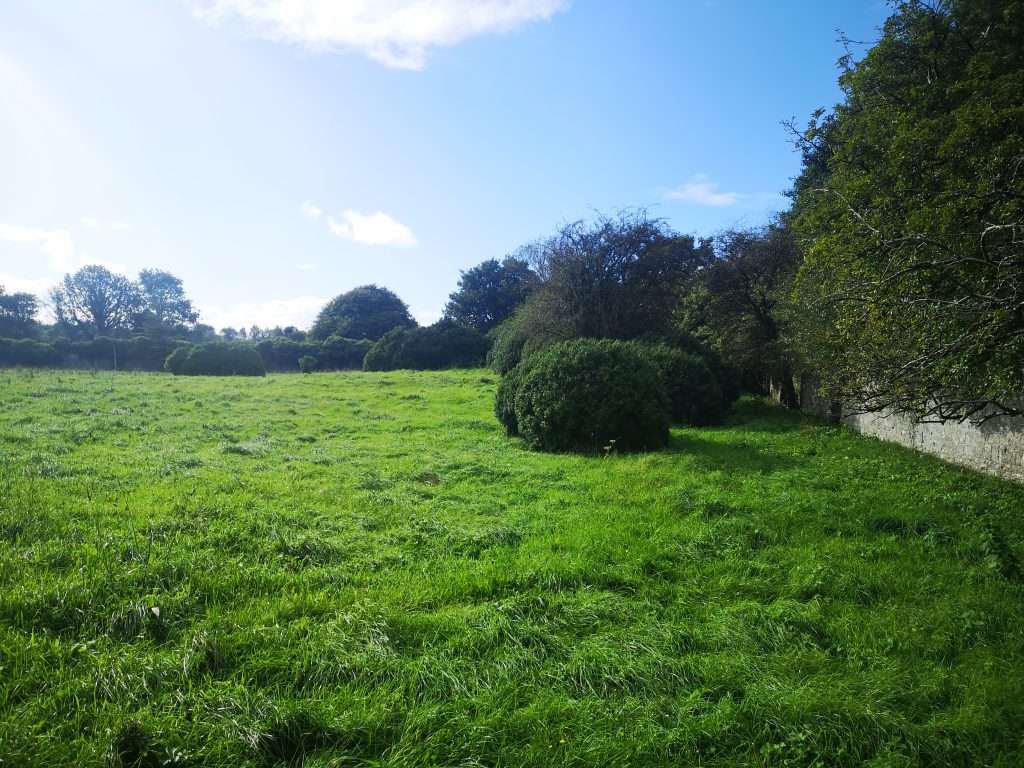 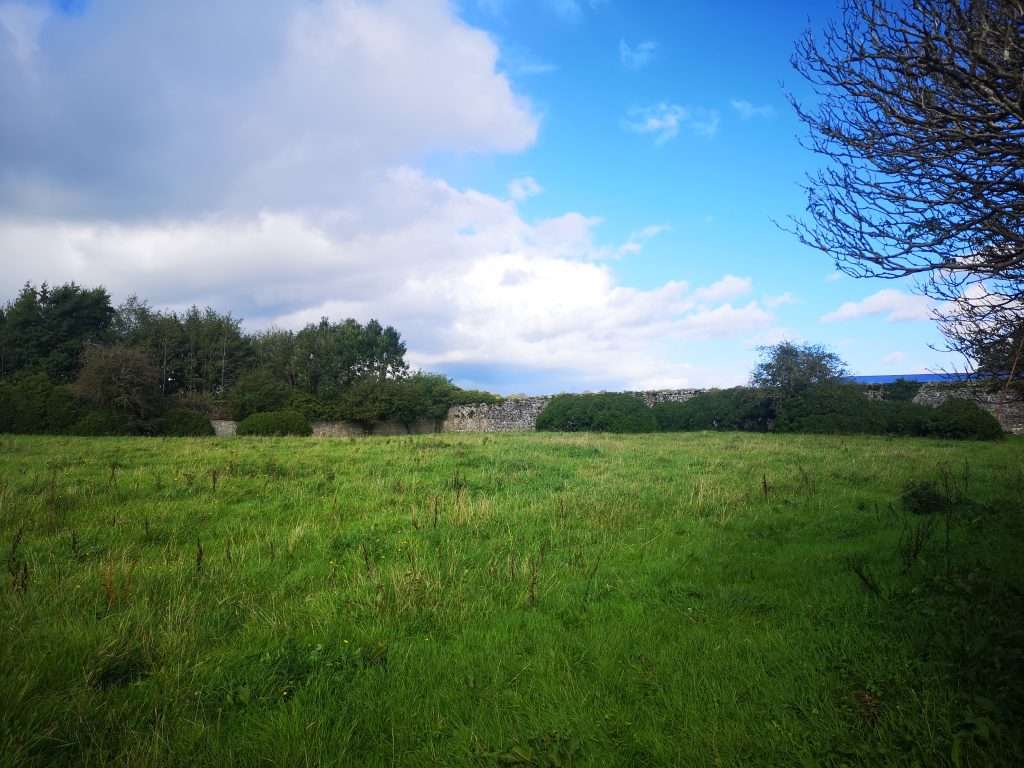 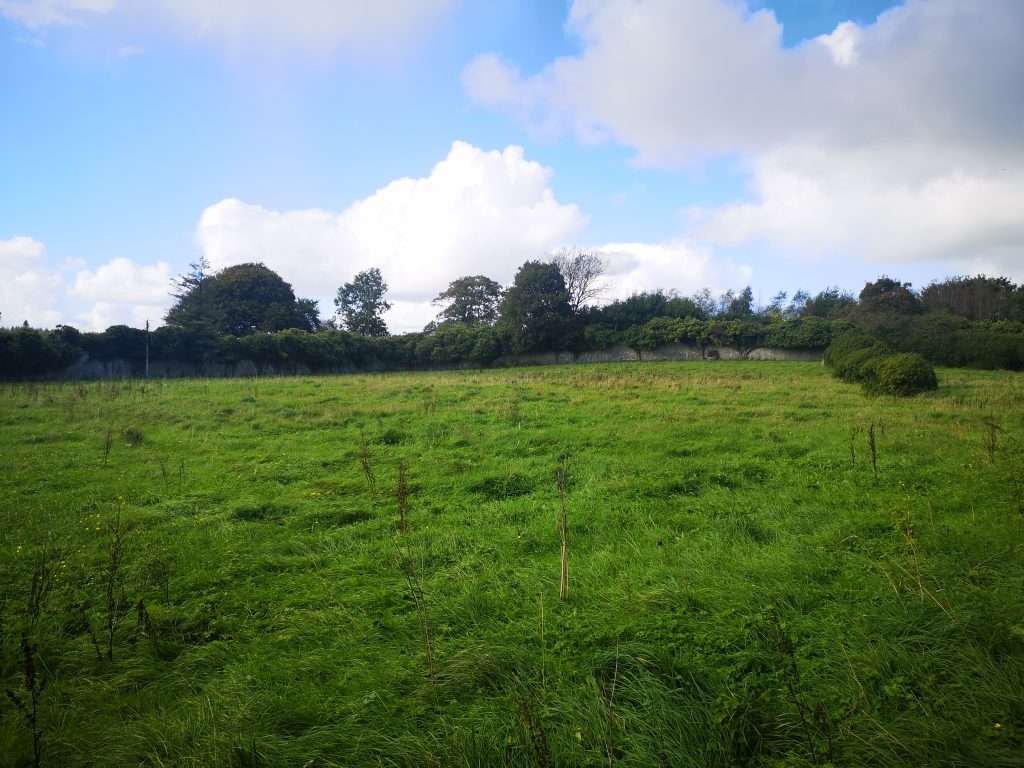 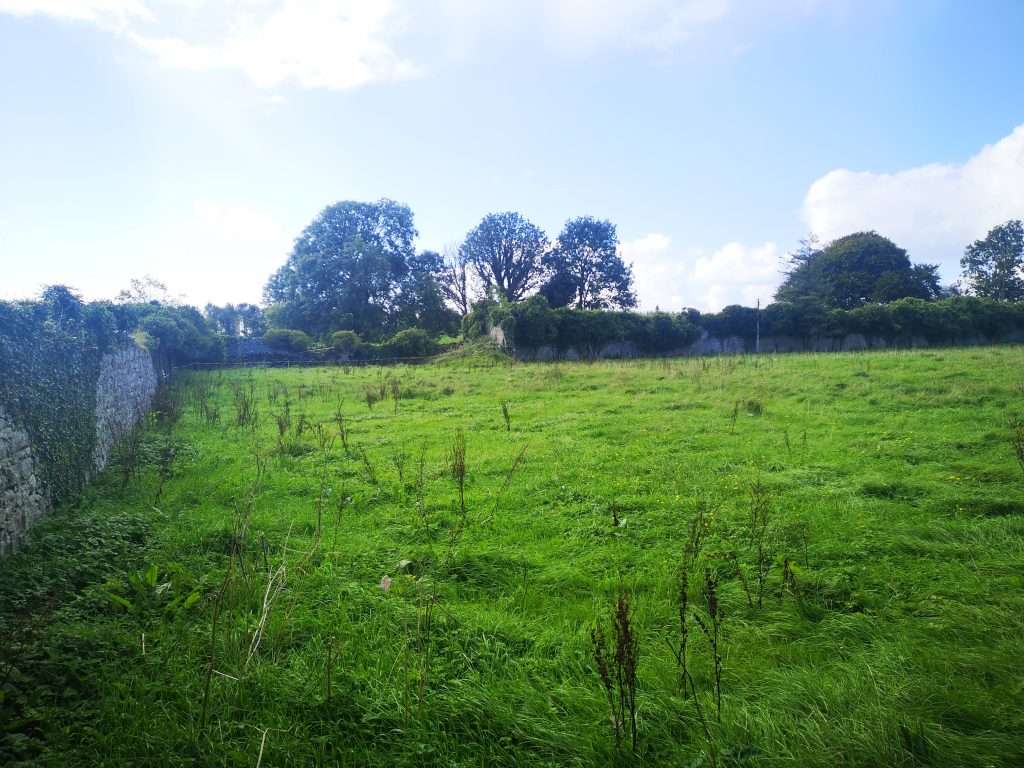 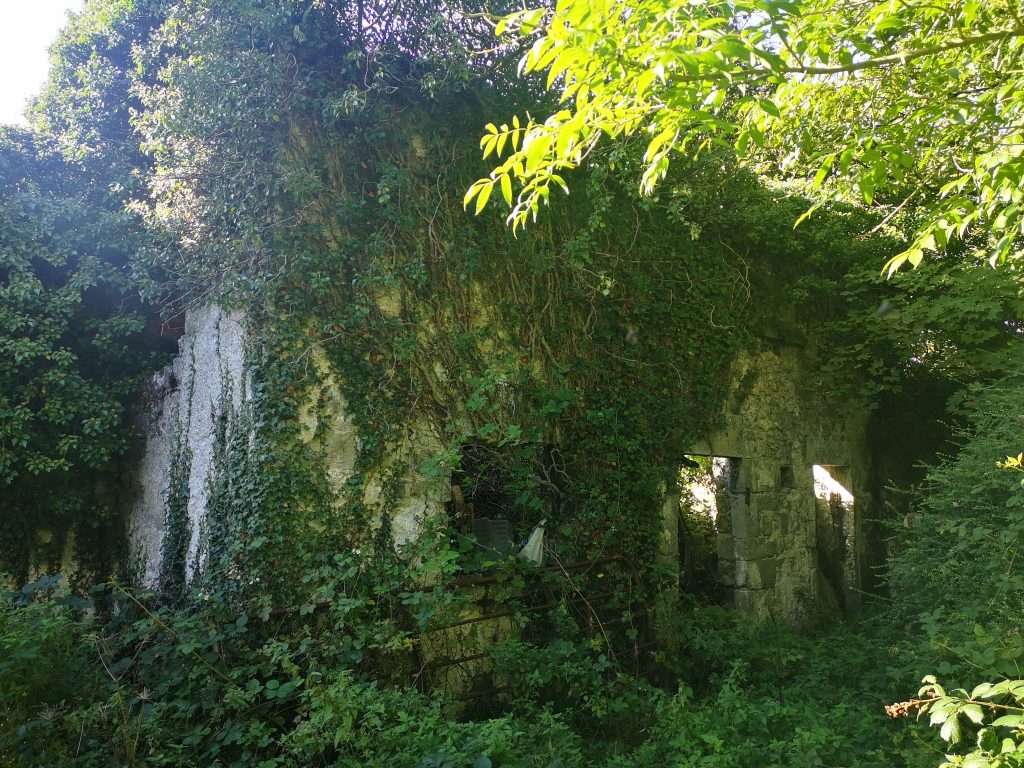 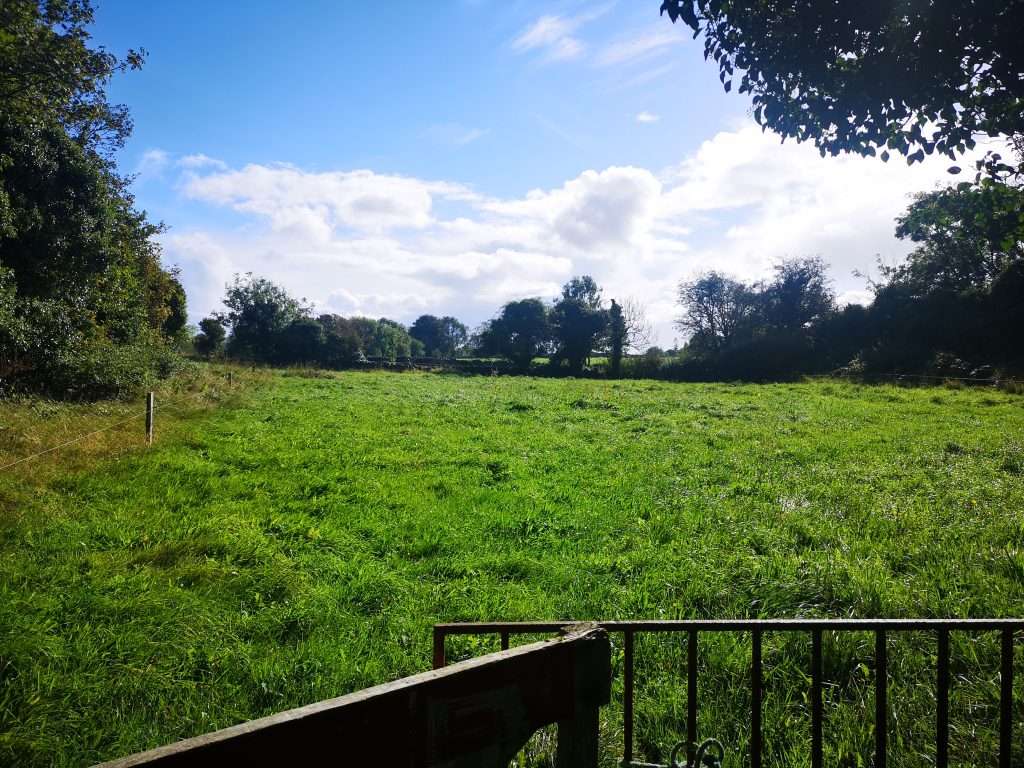 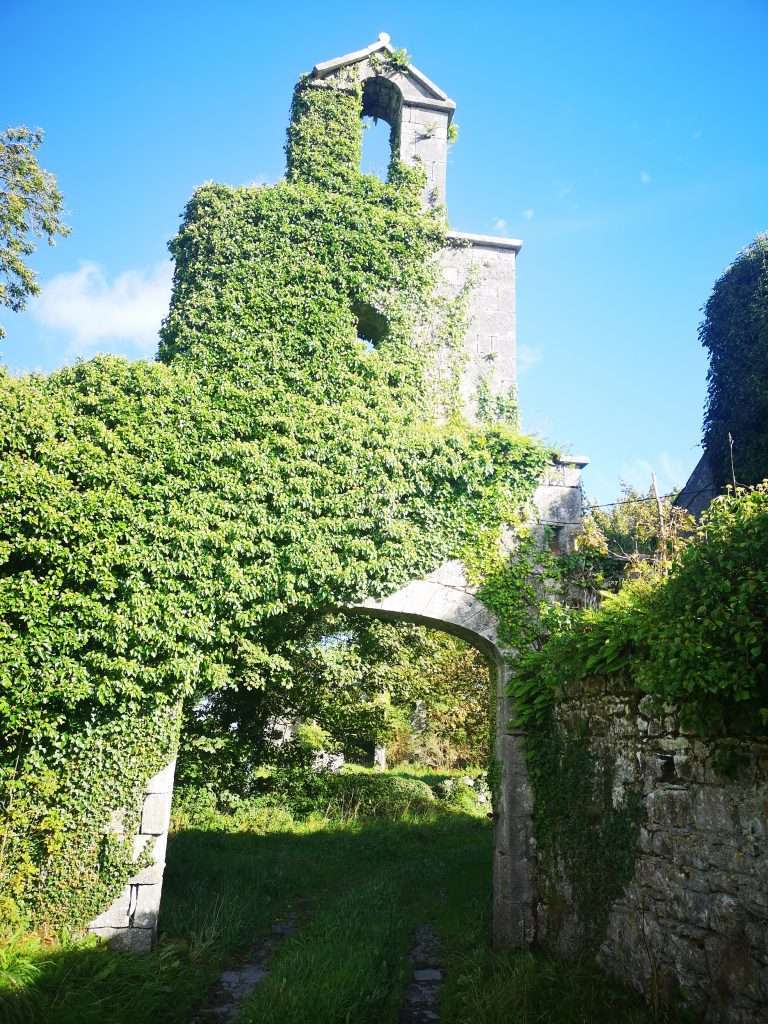 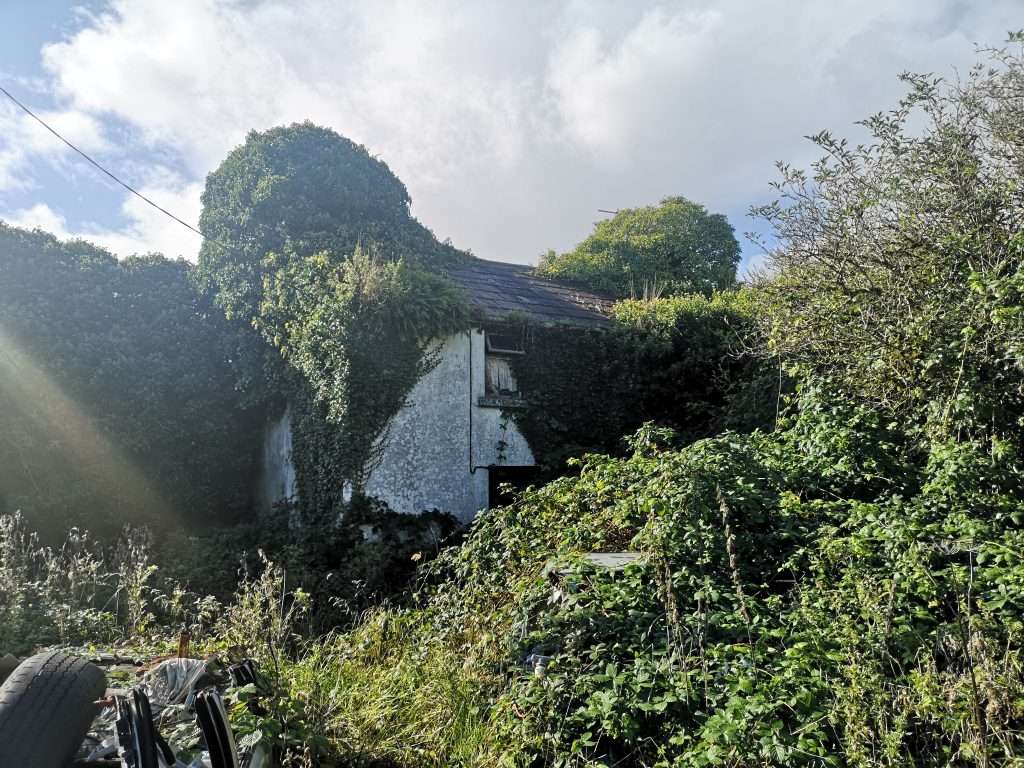 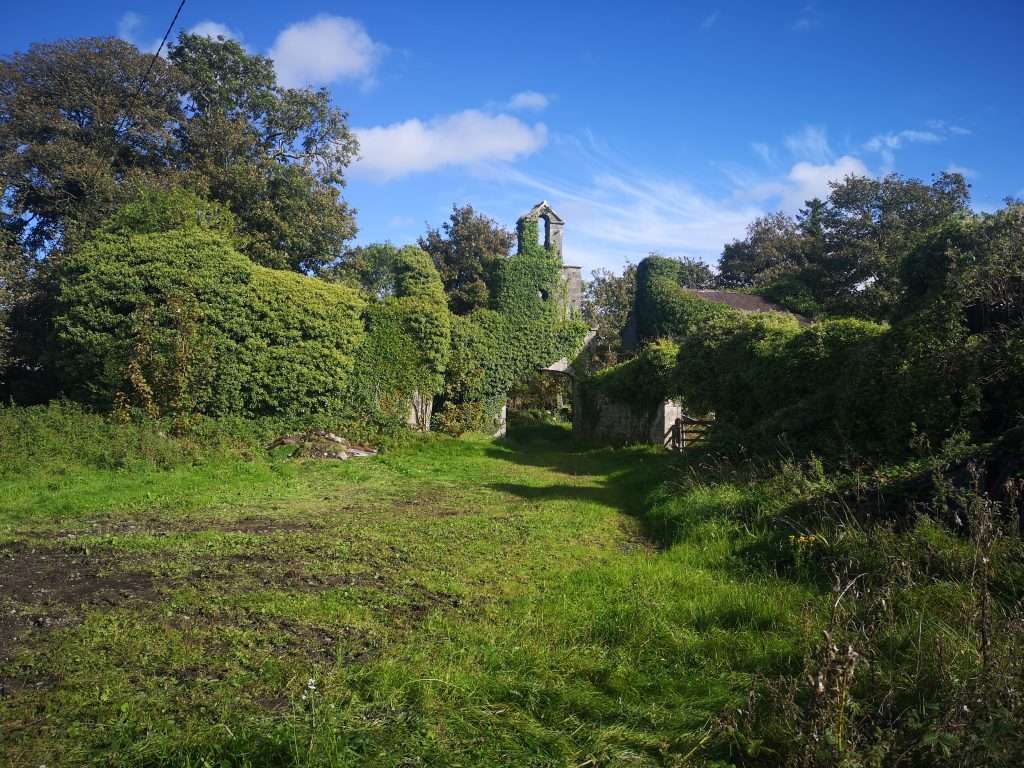 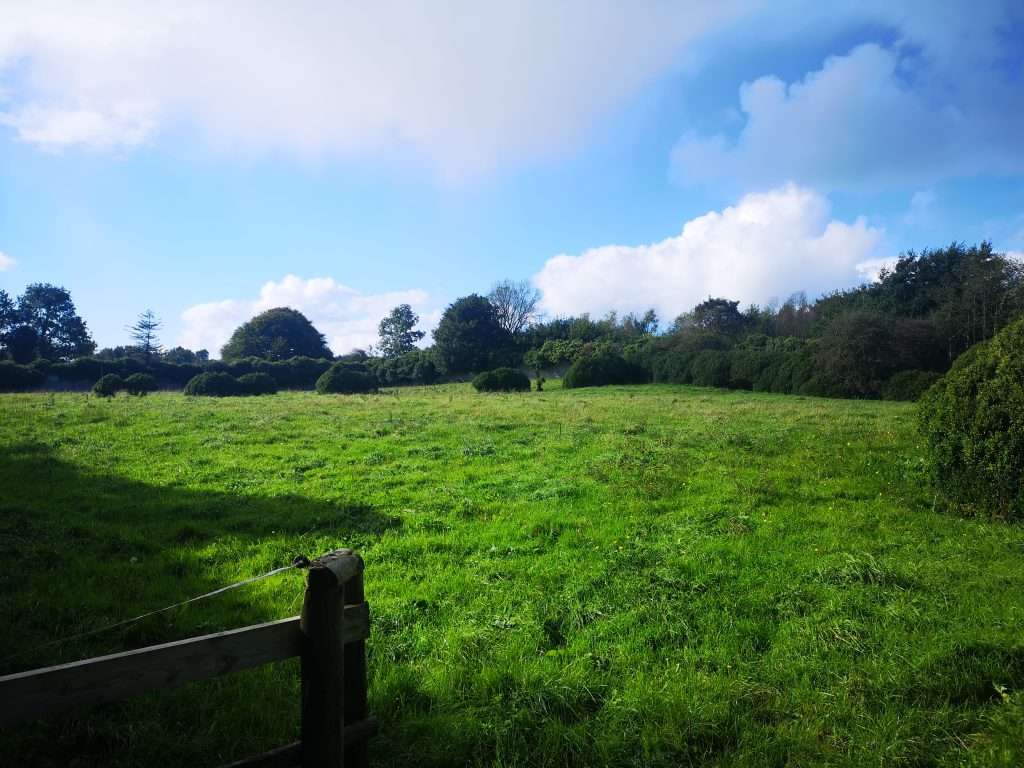 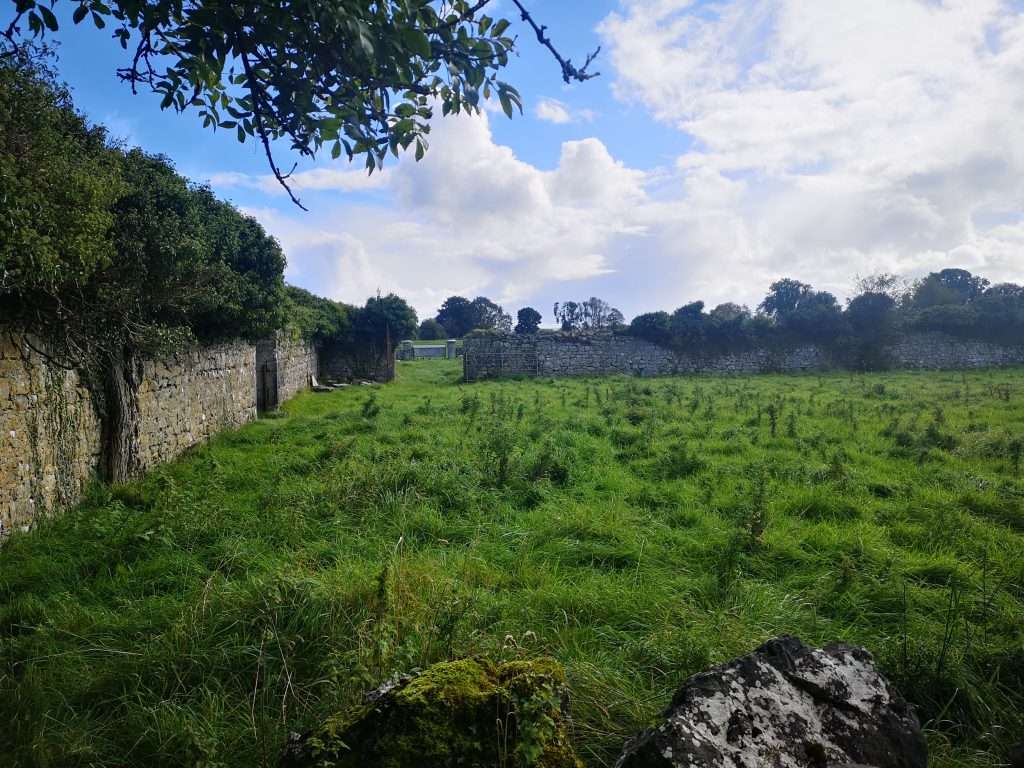 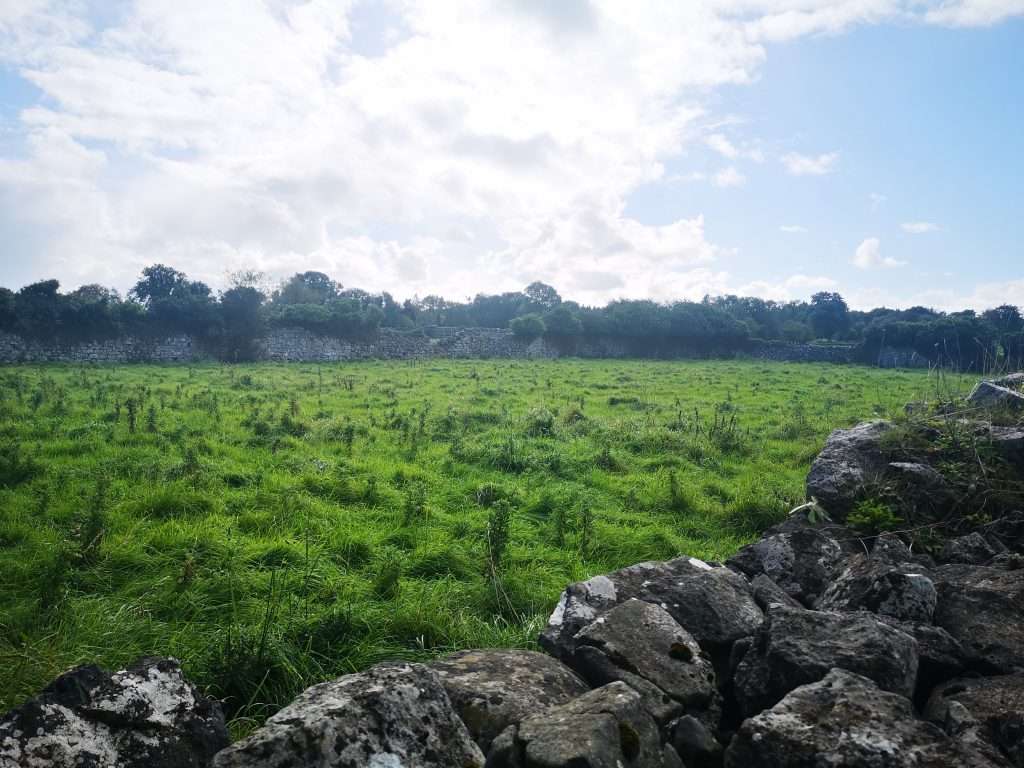 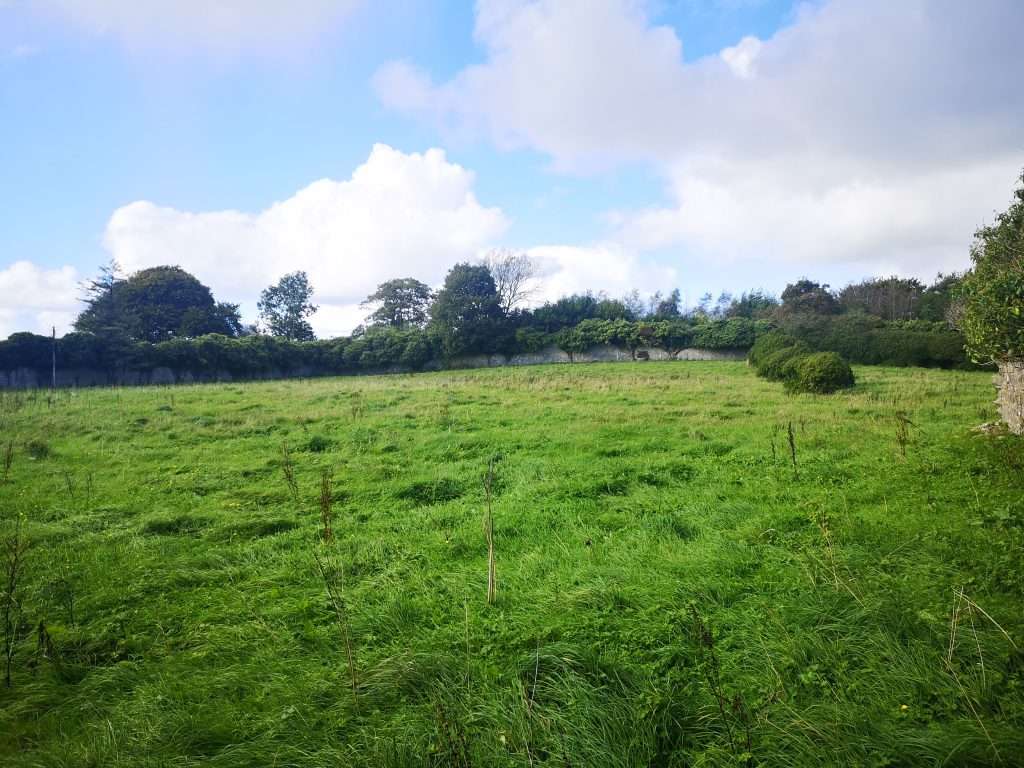 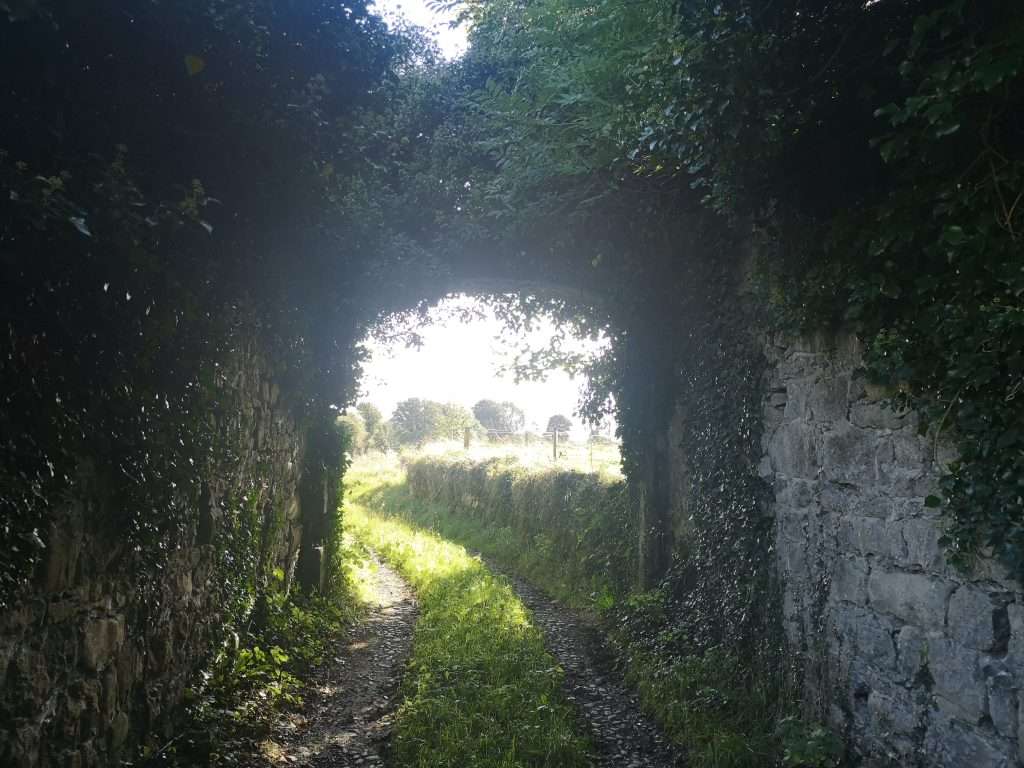 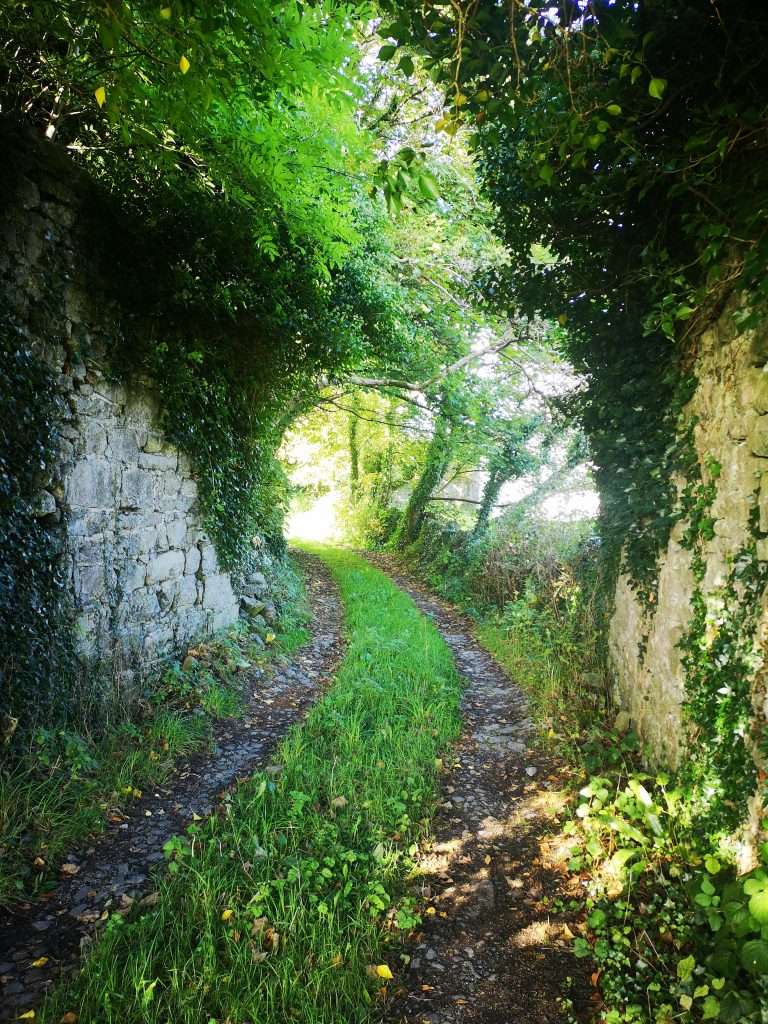 Frank Sweeney & Co. are pleased to offer for sale this wonderful property at Moyode Demesne, Athenry, Co. Galway. This site was the walled gardens and stableyard of the former Moyode castle. This site is steeped in history. The restored Moyode Demesne tower house(not part of this property) is visible from this property.

The property is accessed via a long avenue under two ornate arched gateways. The second archway leads into the stableyard. There is a derelict residential property to one end of the stableyard which could be replaced stpp. From the stableyard there is a gateway into the walled gardens, the walls of which are in very good condition.

The estate at Moyode was energetically developed by Burton Persse in the early decades of the 19th century and he is commemorated by an inscription on the arched entranceway to the stableyard, dated 1822. A century later, during the Easter Rising of 1916, the house was garrisoned by 700 volunteers under the command of Liam Mellows. The tower house built by the Dolfin de Burgos was restored in recent years by the American author and historian James Charles Roy but Burton Persse house was razed by Republican activists during the War of Independence and only a ruined shell survives.

This is an excellent opportunity to acquire this historical site to develop a residential property and retain the walled gardens with their truly impressive stone walls and the ornamental stone entrance gateways.

For viewings contact Frank Sweeney & Co. who are the sole selling agents.

Product categories
Go to Top
We use cookies on our website to give you the most relevant experience by remembering your preferences and repeat visits. By clicking “Accept All”, you consent to the use of ALL the cookies. However, you may visit "Cookie Settings" to provide a controlled consent.
Cookie SettingsAccept All
Manage consent

This website uses cookies to improve your experience while you navigate through the website. Out of these, the cookies that are categorized as necessary are stored on your browser as they are essential for the working of basic functionalities of the website. We also use third-party cookies that help us analyze and understand how you use this website. These cookies will be stored in your browser only with your consent. You also have the option to opt-out of these cookies. But opting out of some of these cookies may affect your browsing experience.
Necessary Always Enabled
Necessary cookies are absolutely essential for the website to function properly. These cookies ensure basic functionalities and security features of the website, anonymously.
Functional
Functional cookies help to perform certain functionalities like sharing the content of the website on social media platforms, collect feedbacks, and other third-party features.
Performance
Performance cookies are used to understand and analyze the key performance indexes of the website which helps in delivering a better user experience for the visitors.
Analytics
Analytical cookies are used to understand how visitors interact with the website. These cookies help provide information on metrics the number of visitors, bounce rate, traffic source, etc.
Advertisement
Advertisement cookies are used to provide visitors with relevant ads and marketing campaigns. These cookies track visitors across websites and collect information to provide customized ads.
Others
Other uncategorized cookies are those that are being analyzed and have not been classified into a category as yet.
SAVE & ACCEPT